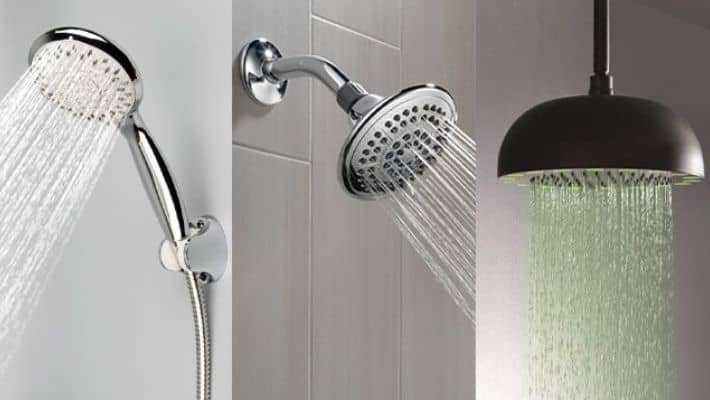 A shower plays a significant role in our daily life as it wakes us up at the beginning of our day also give us comfort before bed at the end of our day. There are numerous types of showers in the market and this article; we are going to spot 10 out of many.

There are different types of showers with different price ranges, designs and features and you can choose any of them according to your convenience.

There are also customized showers available in the market which may cost you thousands of dollars. You will get different types of showers enclosures as well such as square, neo-angle, rectangular or rounded.

The water delivery system of the shower is a key factor while choosing one. The waterfall shower drips water gently from tall above and the full-body showers with jets at different heights will give you’re a vigorous feeling.

You don’t have to worry about getting your desired one because there are a lot of showers with different features to meet your requirements.

Here are the 10 tips shower reviews.

Generally, the professionals build the custom shares according to the homeowners’ requirements and specifications.

You can personalize the form, shape and size of the custom showers as you desire. Custom showers will also increase the resale value of your house.

Pre-fabricated showers generally come with a one-piece shower pan and surrounded wall which is moulded. You will often find integrated soap dishes and extra ledges on the walls of a pre-fabricated one.

These showers are easy to move as you can break down the shower into separate pieces. The homeowners can easily install these showers in their bathrooms without any help from professionals.

These showers normally occupy a corner of the bathroom which makes it space-saving.

Moreover, the sliding door with a graceful arc makes the shower more elegant and enhances the chic of your bathroom. However, the curved-enclosures showers are a bit costly.

The wall material of the rectangular-enclosure shower is ¼ inch thick high-quality temper glass and the metal clips secure the corners. The frameless showers are easy to clean than framed showers and give a greater feeling of openness.

The corner shower comes with two walls and one pivoted door. You can tuck away the corner showers neatly which saves the maximum amount of floor space for your bathroom.

Bathtub shower combination is a common form of the shower and it is trending over the years because it will give you double benefits.

The bathtub comes with a set of faucets that will allow you to control the lower tub faucet as well as the showerhead. The bathtub usually has three surrounding walls.

Bathtub shower combination can save space in the bathroom which makes it more suitable for smaller bathrooms.

A neo-angle enclosure shower is a nice compromise between a curved and corner enclosure for some homeowners. Two flat panes of tempered glass comprise two sides of the shower, which is located in a corner and the walls are on the other two sides.

The two panes of glass, however, do not meet. Instead, the enclosure is completed by a third sheet of glass that runs at a 45-degree angle.

The shower tower incorporates the showerhead, controls, and jets of different heights and a hand shower.

This shower eradicates the multiple penetrations in the wall of the bathroom and shower. Shower towers are the most suitable for contemporary-style bathrooms for their sleek design.

The waterfall shower emits a rainfall-type soft flow of water and this shower is taller than the regular shower. However, this shower will not provide a massage-like feeling as the water pressure will be lower.

A body shower includes several penetrations in one or more walls for water jets that range in height from shoulder to height and a showerhead above the head.

Instead of depending on the water to flow downhill, a body shower can save water by more effectively directing water to targeted regions of the body.

All the above-mentioned showers come with a variety of features, shapes and water flow systems from which you can choose anyone according to your budget and desire. 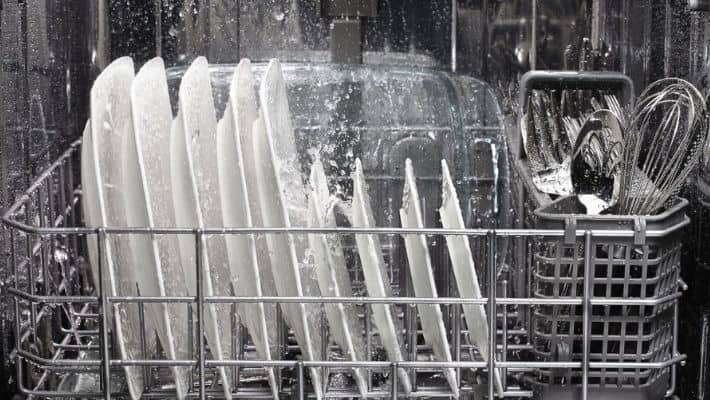 A dishwasher is an eco-friendly kitchen appliance that uses efficient water and saves water in comparison to washing dishes by hand Normally you think about a lot of water necessary during a cycle. But, a good message that a dishwasher doesn’t use much amount of water and energy. Not only do dishwashers save water and… 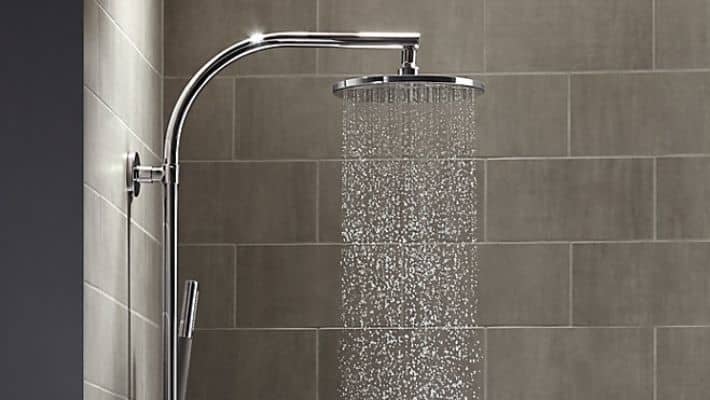 To enjoy the relaxed and refreshed shower experience need a compatible showerhead in any bathroom. When you purchase a new showerhead you should consider an upgraded shower head or faucet. The supermodels provide a powerful flow and unwavering temperature, and several contain adjustable settings for spray norms ranging from a slight mist to a mighty… 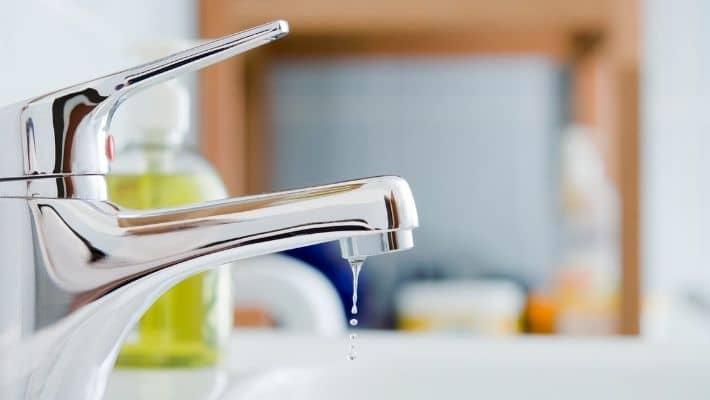 It is not so complicated task to fix a dripping tap in a bathroom. So, everyone should know how to stop a dripping tap at home as well. We know dripping noise is one of the most boring sounds. If your bathroom or kitchen tap is leaking from the handle or spout, it is extremely… 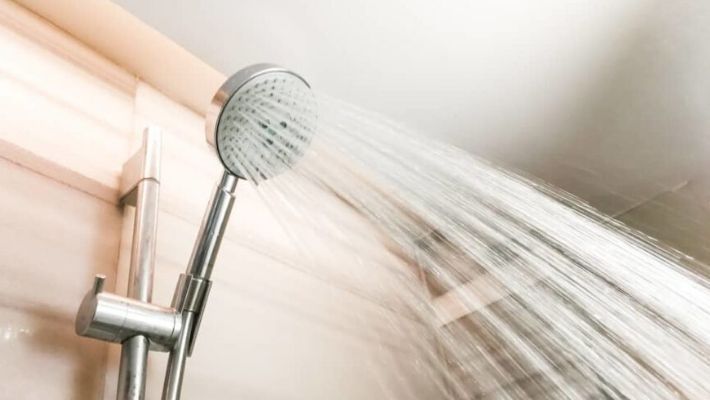 This article depicts a radical conception of the best shower head for low pressure in the UK. Which designed and produced by keeping higher quality within reasonable cost look at our brands and make sure your washroom worthy of the amazing bath. Table of Contents Top 9 Shower Head For Low Pressure Reviews 20211. Couradric… 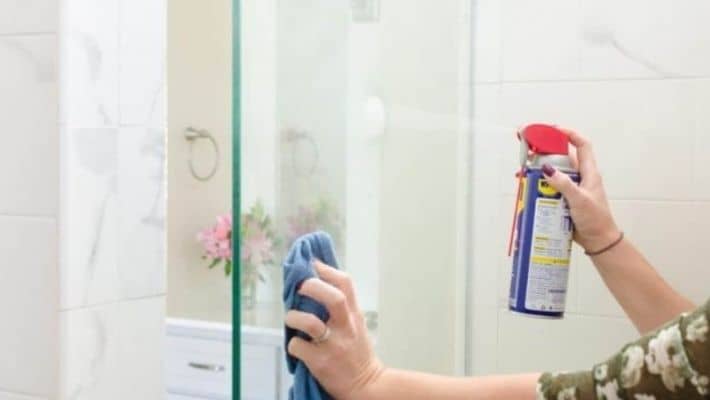 The shower is a necessity in our daily life because we clean ourselves with it. Sometimes some limescale builds up on the shower door. In this article, we are going to discuss how to prevent limescale, how to remove this. So, you are looking for the answer to these questions you should go through this… 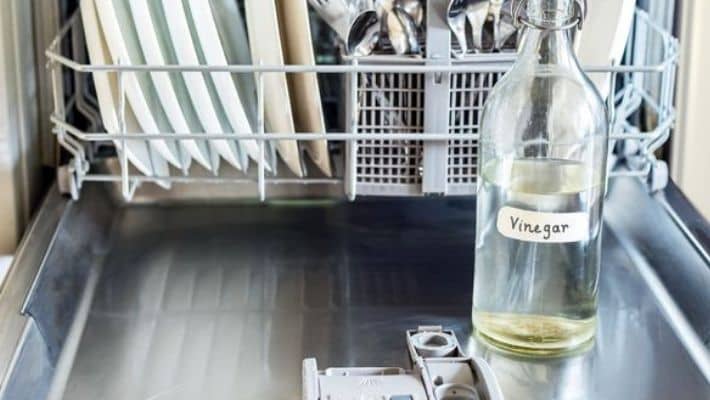 After finishing an amazing meal with the family at the end of a long day your dishwasher is ultimately loaded. Then you simply get to the automatic dishwasher detergent but you found the container is empty. In that time what is the right way to clean the dishes by the dishwasher? However, you could unload…